Gwendolen, born in Toulouse to a family of sports enthusiasts but with no equestrian links. She was introduced to riding at the age of 5 when she joined her local pony club (Montgay Club, Nailloux, southwestern France) and there was no going back! She very quickly began entering competitions and notching up results. At the age of 16, she became French Pony and Junior Champion, then French Young Riders Champion! From 2003 onwards Gwendolen formed a dream team with Leria du Ter! Since 2013 and 2014 respectively, Romantic and Prinz have been Gwendolen’s top horses. They are both CIC*** winners, helping Gwendolen become the first woman in France to win an event at this level. A member of the French Eventing team, she has been France’s top rider in the discipline for a number of years. And in 2015, she became the first French horsewoman to compete in a major international eventing championship since 2001.

• Selected with Romantic Love for the Blair Castle European Championships

• Included in the France Group (at that time she was the only woman on the list).

“For me, the health of my horses is crucially important. Eventing is a very challenging sport since horses actually have to master 3 separate disciplines, meaning that it’s necessary to be very attentive to their needs to ensure a good balance.” “I really like Audevard’s Myostem Mass product. It provides my horses with appropriate nutritional support, which is crucial given the intensive training that eventing horses need to undergo. I use Confidence EQ in horses who need to improve their concentration when working. I’ve found that it significantly improves the quality of their work, even in horses who are very nervous about their surroundings both at events and at home”. 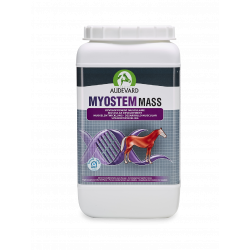 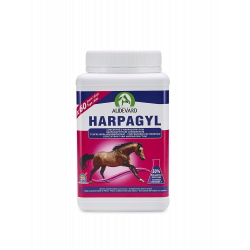 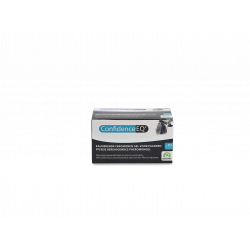