Héloïse grew up in a family with a long-demonstrated history of equestrians. Her grandmother and then her mother have been running the riding school “Les 3 Rivières Equitation” since 1968.

She started riding from her youngest age; at the age of 5 she participated in the National Eventing Championships with her Shetland pony in 2003.

Shortly after, she discovered Pony Games. Up until her 17th birthday, she competed in both disciplines at top level and participated 4 times in the European Pony Games Championships while being in the French Eventing Team.

Her achievements allowed her to be selected for the “Pôle France Jeunes”, a pool of young talented riders based in the prestigious Cadre Noir de Saumur.

She had the opportunity to work with many horses but one remains special for her, Orage de Longuenée ENE*HN.  This partnership enabled her to participate in the European Junior Championships and then the European Young Riders Championships.

During her 4 years at the Cadre Noir she obtained several degrees, such as coaching and management of the equestrian structures.

She has since returned to Angers with her top horse Canakine du Sudre Z and works at her family’s riding school while continuing competitions.

« The life of a sport horse can be stressful. I use Ekygard to reduce Canakine’s stomach acidity.
Zzen is also one of my essentials in competition to help him stay focused on the dressage test.
I also use Hoof Biotine, Ekyflex Nodolox and Bonutron Sport Pro according to the needs of each horse or in preparation before a competition.
During a big event or during periods of extreme heat, I use Vetidral to help compensate for electrolyte loss.
And of course, I spray Flymax N'Tick to get rid of the insects!” Balance and performance for sport horses 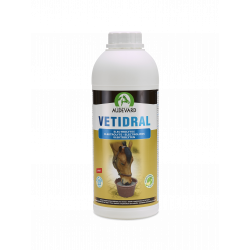 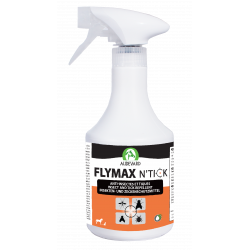