Jessica is a 17-year-old Junior Dressage rider for Great Britain. She comes from a non-horsey background but has always had a love for Dressage and the sport. “I would say I first became transfixed by the power and the skill of both the riders and the horses when was taken to Olympia horse show as a child.”

However, Dressage hasn't been the only discipline that she has competed in and had a passion for. She briefly evented for a short while on her pony Danny, up to BE 100 and even popped round a few pre novices. She had plans to then take her young horse round novices the next season, but dressage quickly won her over once she got the taste for the international competition arena on her FEI pony (Holstein Derwisch). 2020 will be her last year of Junior FEI with her mare Lady Gaga (aka Millie) but she has plans to continue through the levels with her. “It is with Millie that I have discovered my true drive and passion for the sport and have so far found my most successes with. Taking her to the European Championships for the past two years representing team GB have defiantly been the highlights for me so far. I am now aiming for the next European Championships with her which will take place in the UK!”

2018 - Junior European Championships, with a PB in the team test

- Win in the Team test at Waregem CDI (Belgium)


2019 - Junior European Championships, with a PB in the team test

- Win in the team test at Le Mans CDI, with 2 other top three placings

We use Ekyflex Arthro because it supports and protects our horses joints, I use this on both my top horse because due to the nature of dressage the high level movements can put allot of stress on their joints so it is so important we give them as much support needed. 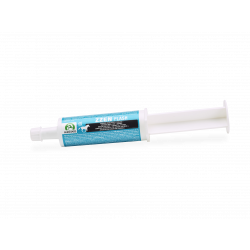